You can have the healthy relationship of your dreams at any age and you don’t have to change to do it. Just follow these six steps in my Love U Pyramid of Love…

What You May Be Doing Wrong

The art of choosing a boyfriend amidst the losers, flakes, and players.

If you’re struggling in love and you have no idea what you’re doing wrong, check out the below posts to discover how to date smarter and get better results.

Do I Love Him? 13 Signs You Don’t Normally Consider

When you fall in love, your heart does things that it never did before. It becomes more sensitive and reacts …

Today I want to share the story of how my little Sister, Daryl, met her husband, Dave.

I’m 40 And Want To Date Men 8 Years Younger. Am I Being Unrealistic?

Just because a guy is interested in you (or in love with you) doesn’t mean he’s ready for marriage/kids in an accelerated time span. As long as he can ignore your reality, he’s fine.

Do You Ever Judge Other People? Here’s What That Says About You.

Entitled “5 Things Our Judgments of Others Say About Us,” it’s a useful window into dating behavior, in which we are far more likely to blame the opposite sex for our failures than to see how our realities and experiences are shaped by our beliefs.

Lori Gottlieb Wants You to Change Your Story

Lori Gottlieb is one hell of a writer. She published her childhood diaries as a book. She’s written for the New York Times, The Atlantic and NPR.

You dated a guy who decided – after much interaction, intercourse and deliberation – that he did NOT want to be with you.
Whether that was because of his job, his lack of attraction to you, his feeling that you were not “the one” or a hundred other reasons doesn’t really matter.

Why You Might Want to Stop Dating Your Type

Why You Should Put Relationships First

How Can I Make a Guy Who Slept With Me Want to Commit to Me?

Should I Break up With My Boyfriend?

Brene Brown (and Evan Marc Katz) on Having a Midlife Crisis

I Look Better In Online Dating Photos Than I Do in Real Life!

Are You Trying to Date Out of Your League? Probably.

Why Am I Not Attracted to Any Guys?

I’m 34 and Want Children. Should I Marry a Good Man Who Doesn’t Satisfy My Soul?

Am I Too Nice for the Opposite Sex?

Do I Need to Be Financially Stable to Have Something to Offer a Woman?

Has My Abusive and Cheating Ex-Boyfriend Ruined Me for Other Men?

Another Broken Heart? Here’s How to Get It Right with the Next Guy.

Are There Ways to Improve Compatibility in a Relationship?

Why Do I Always Want Men Who Are Taken or Not Available?

How Can I Be So Good at Dating and Still Not Find Love?

What’s the Difference Between Being Introverted and Rude?

Should I Tell the Man I’m Seeing That I Don’t Believe in Monogamous Relationships?

I’m Dating a Man Who Dated a Model and I’m Feeling Really Insecure.

Does It Appear That I’m Playing Games If I Respond to A New Guy After a Couple of Days?

The Blessing (and Curse) of Being Happily Single

The Biggest Lie Ever Perpetrated by Parents, Couples and Self-Help Gurus

(Quiz) 10 Signs You’ve Wasted Time on the Wrong Men and Don’t Know How to Choose the Right One.

Do You See Yourself as a Victim in Love? Snap Out of It!

(Video) When Should a Woman Ask Out a Man?

Should I Move if My City Has a Limited Pool of Available Men?

How Can I Improve Interaction with My Beta Boyfriend?

Is Honesty Always the Best Policy When Not Accepting a Second Date?

Men Are Put Off By My Intellect So How Can I Be More Approachable?

I Find Most Men Unattractive. What’s Wrong With Me?

Why You Choose The Wrong Partner (Again and Again)

Giving Up on Dating: 9 Signs You Need to Take a Relationship Hiatus

I Keep Choosing Unavailable Men and Can’t Seem to Break The Pattern.

I’ve Lost All Faith in Love. Am I Doomed to Be Alone Forever?

How to Make a Guy Call Instead of Texting You

Are My Kids Keeping Me From Finding Love?

Should I Stop Dating Until I Move to a New City?

Why Am I Jealous of My Boyfriend’s Ex?

How Do I Let Men Know I’m Not Out of Their League?

Am I Being Unrealistic About Relationships?

You Don’t Have to Ask What He’s Thinking. Just Watch What He’s Doing.

"This I know for sure: Do what you need to do heal your wounds and limiting beliefs, follow Evan's advice to a T, and the rest will fall into place - I promise!"

Love is possible for everyone. I get it now! I use to be so jaded about love and now I am a bonafide hopeless romantic. 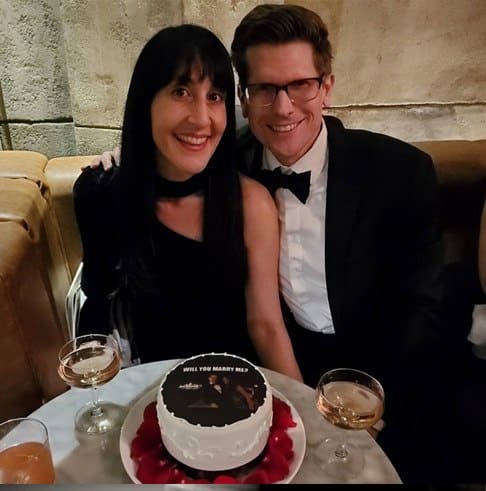 "Love wins! All I had to do was stop doing everything I had done before and open myself to a great man!" 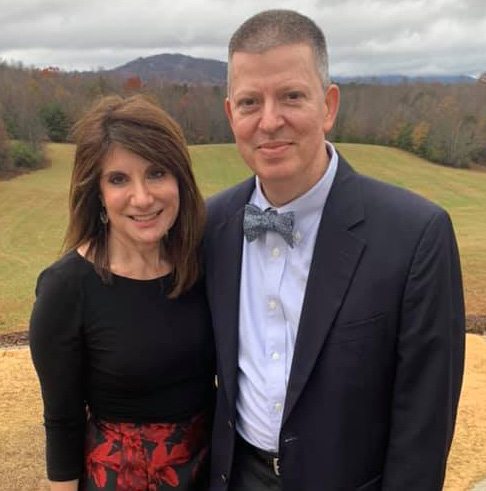 "I started following your advice like adhering to a recipe for the perfect crème brûlée...And I'm happy to report that 6 months ago I married my best friend!" 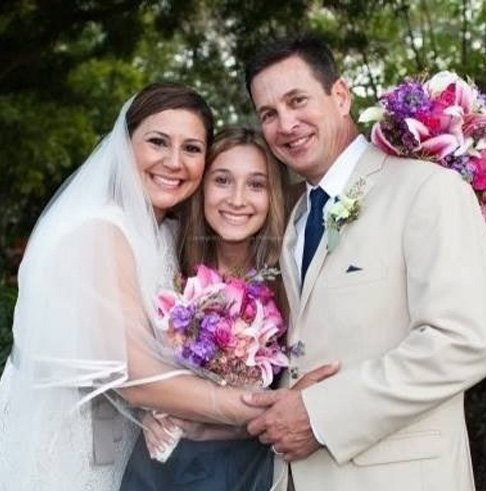 "Two years ago, we got married at 80—and couldn’t be happier." 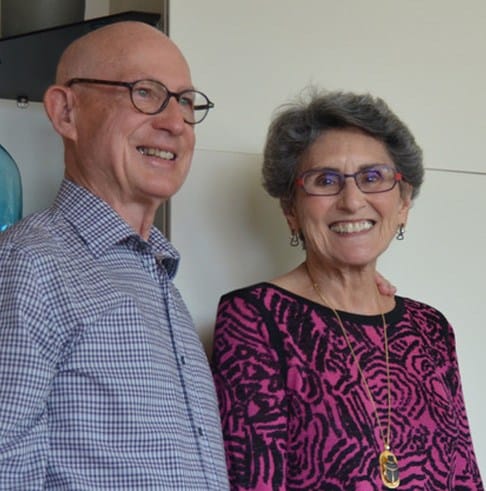 "This week, I got a proposal and a beautiful ring - we'll get married later next year." 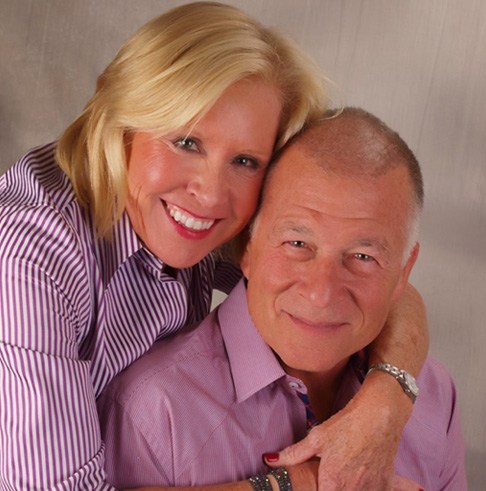 "Once I started taking Evan’s advice seriously, it took me six months to find the “one.” You can too!" 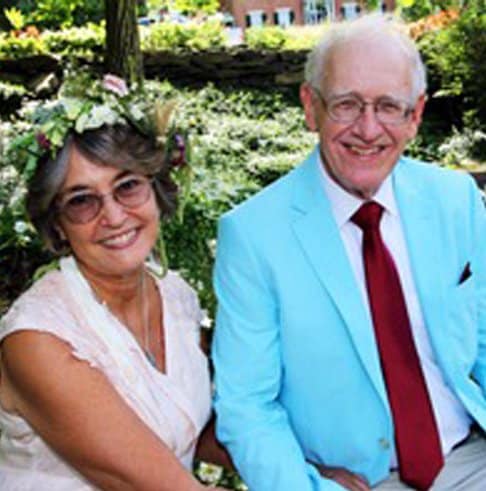 "I did not need to pretend to be someone else, act in a seductive way, or play games to attract my fiance’s attention." 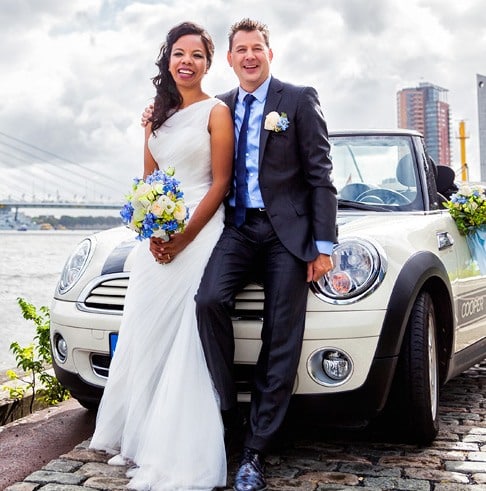 "Evan taught me how to look for the right things instead of chasing after an illusion of a perfect man. Last month, we just celebrated our 2nd anniversary." 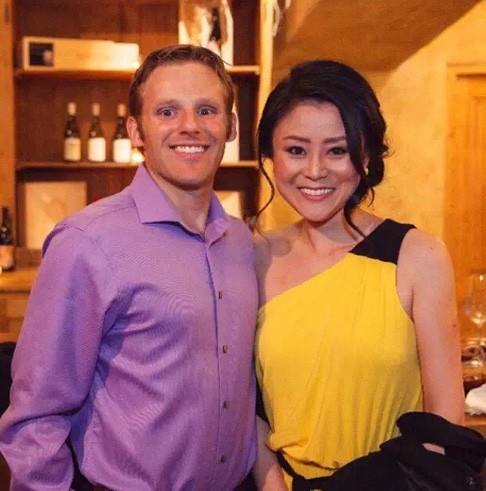 "You have to be bold because nothing in life worth having isn’t without some measure of risk." 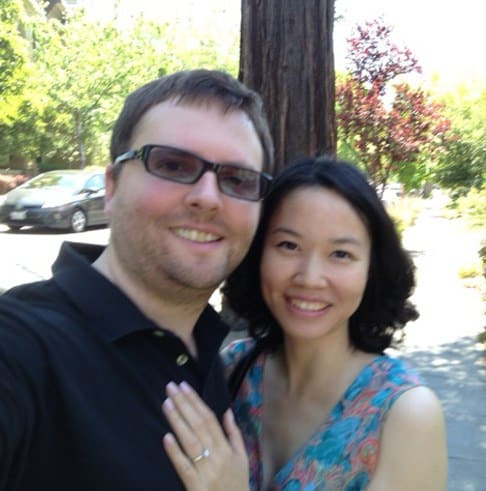 "I've recently celebrated my two-year anniversary with my husband" 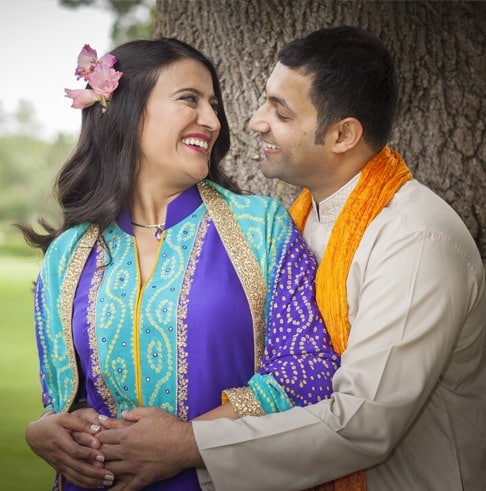 "Blake are now engaged! Thanks for all your help and support in finding myself, and because of that, him." 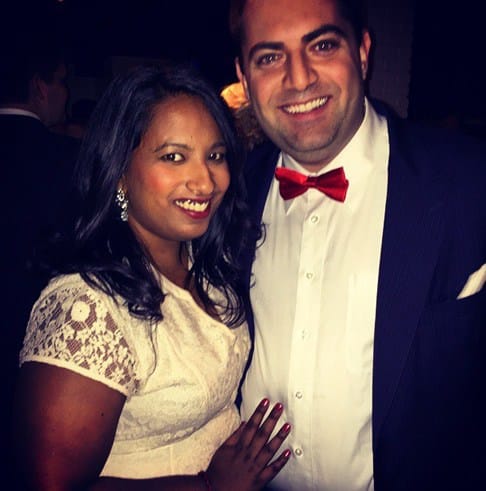 "I was drawn to Evan's coaching because I really wanted to find the right guy and build a meaningful relationship. And as a starting point I just wanted to enjoy the dating process!" 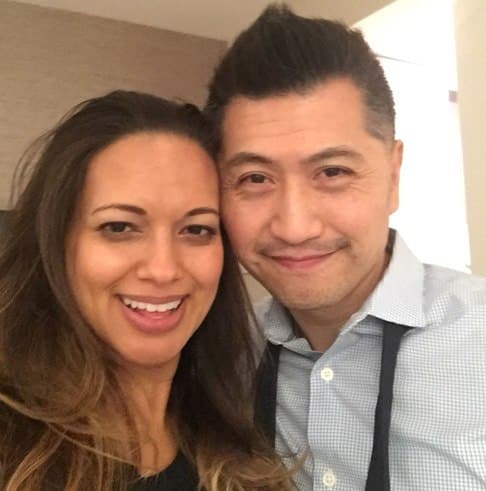 "Right now, I’m on my honeymoon in the Maldives with the man of my dreams, thanks to your work." 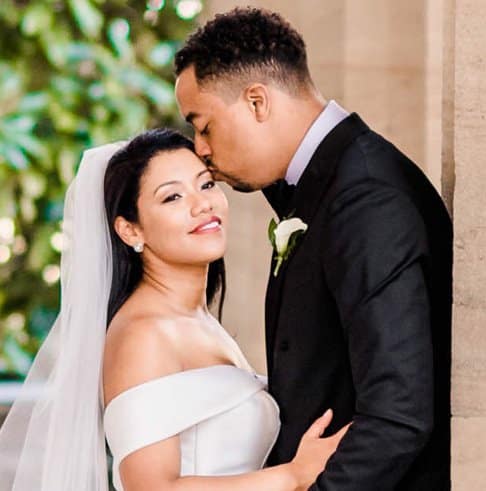 "Taking your group class was the best $ I ever spent!!" 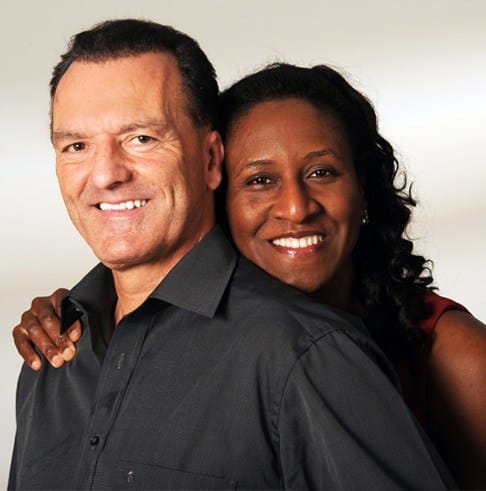 "I followed your advice to a T, started online dating diligently, and met my husband after only meeting 4 guys online." 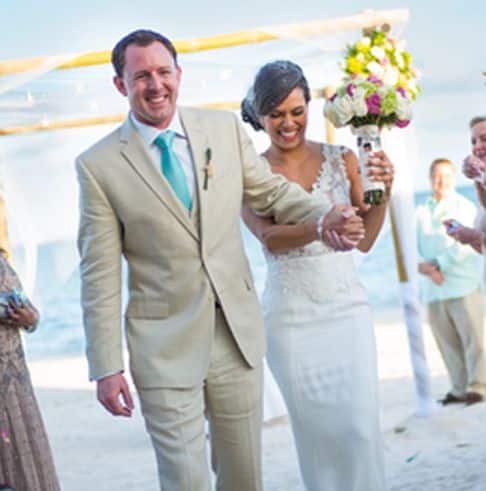 "I have a mature, supportive, satisfying, committed relationship, and I am so happy."

Regardless of how women want to go about finding the relationship they want and need, you are the one to help them find it... Thank you so much for everything!! 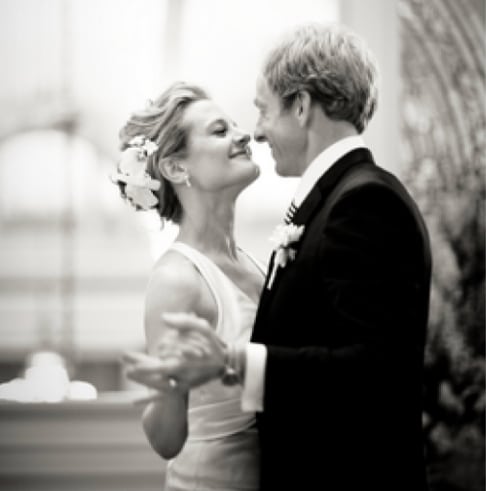 "I learned that men are not scared by strong and successful women but actually like them." 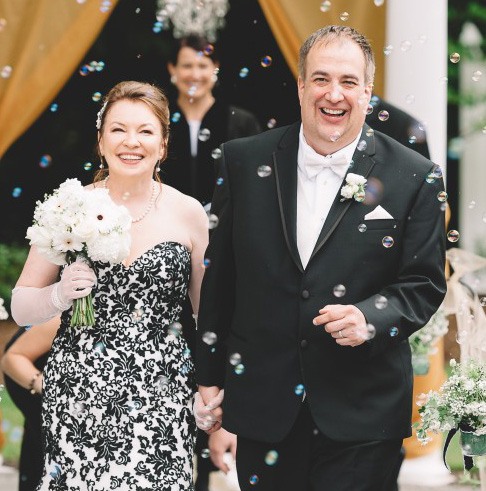 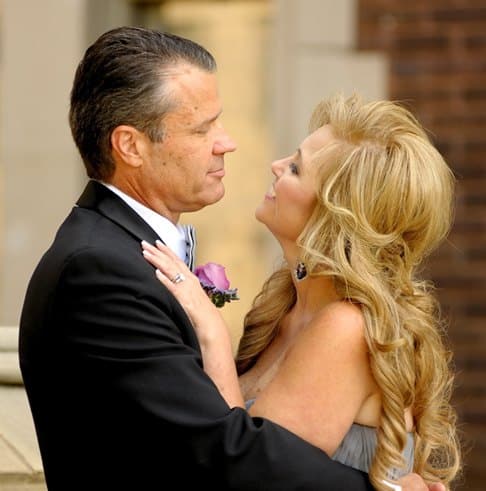 "I wish everyone could do Love U. I’ll continue to back Evan because I feel as though he’s the best dating coach out there by far." 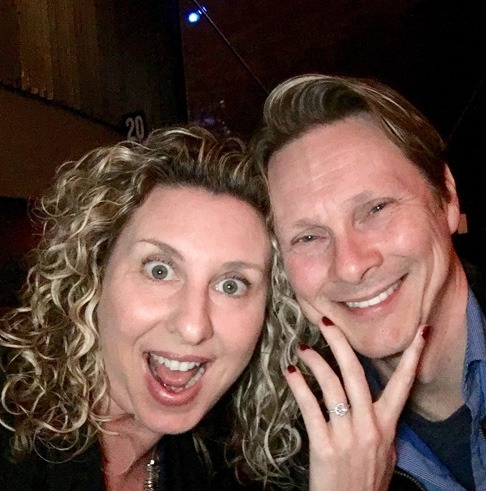