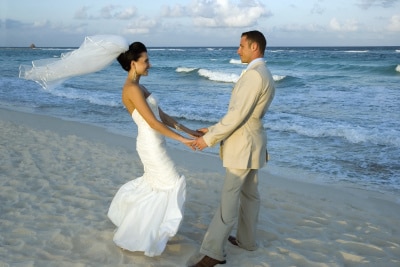 Karin is tall, thin and blonde. She’s a former dancer who makes a good living as a doctor. She’s a patron of the arts, an animal lover, and has a quick wit.

I took her on as a Love U Masters coaching client because she’s highly motivated.

Yet the second we started working together, Karin began to dictate how our coaching would go — and thus gave me a small glimpse of why she’s single at 42.

“I’m not going to date online. Only weirdos who do that. What if someone sees me? I’d be too embarrassed. The kind of men I’m looking for don’t date online.”

“I think you tell women to settle. I’m not going to settle. I haven’t waited this long to find love only to be with a man who is beneath my standards.”

And so on. And so forth.

I reminded Karin that 50 million people have tried online dating. I reminded her that if a man sees her online, he can’t judge her because he’s dating online as well.

The first three weeks of coaching Karin, we literally didn’t do any coaching.

All I did was cajole her into putting her profile on Match.com so we could actually have, you know, DATES to discuss during the rest of her coaching.

I reminded Karin that 50 million people have tried online dating.

I reminded her that if a man sees her online, he can’t judge her because he’s dating online as well.

It was like magic. Even though Karin was in a highly unpopular demographic (42 and looking to have babies) she still got tons of attention online. Scores of men. Attractive men. Successful men. Age-appropriate men.

Quickly, Karin realized that her fears were considerably overstated.

Within weeks, Karin found herself dating a good guy named Gary. They’d gone out 3 or 4 times and he always followed up immediately to see her again. Moreover, he was enthusiastic, cute, successful and very much interested in Karin as a girlfriend.

Naturally, Karin started second-guessing her own interest him.

“He’s too nice,” she said. “He always asks for my opinion on what to do on dates. Why is he so eager to please?”

Didn’t you complain that in your last passionate love affair, you never knew where you stood with the guy? That he wasn’t considerate enough?

“Yes, but–How about the fact that Gary is a teacher who drives a Toyota? How can he support me? What are my Mercedes-driving friends going to think?”

You’re a doctor; he doesn’t have to support you. And who cares what your friends think as long as you’re happy in your relationship?

“Yeah, well, the other day, in the museum, he made a joke about a modernist sculpture. I thought it was so classless of him to do that when an artist poured his heart and soul into creating it.”

He made a joke about a piece of art? And you want to break up with him for it?

“He apologized to me the next day because he saw how it upset me, but all I could think was: why did you make that dumb joke in the first place?”

Because it was funny? Because it was no big deal? Because everyone makes jokes about modern art? Either way, Karin, the fact that he apologized to you when he’s done nothing wrong means that you’re dating a saint. I wouldn’t be so quick to dismiss him.

After a half-hour of back and forth, Karin made her decision.

She was dumping Gary.

He was too safe.

He was too nice.

He wasn’t able to support her financially.

And if this wasn’t enough, Karin simply didn’t feel what she was supposed to feel.

I told Karin that I didn’t care about Gary, per se, but that if she were going to achieve her goal of finding love, she should start giving men like Gary a closer look.

She’d spent 42 years chasing exciting, charismatic, unpredictable, wildly attractive men…and here she was with a dating coach trying to figure out where she went wrong.

“THIS is where you’ve gone wrong”, I told her. “THIS is your chance to correct it.”

But Karin’s mind was made up.

She broke it off with Gary and they agreed to “remain friends”.

She put herself back on Match.com and prepared herself for the flood of responses that she got in her first month online.

Two weeks later, Karin was crying to me on the phone.

“The responses have slowed down”, she told me.

“The quality of the guys has gotten worse,” she observed.

“I’m really worried that I made a mistake,” she whimpered.

Instead of playing the “I told you so” card, I continued to support Karin’s dream.

I spend a lot of time writing about sad things: men who lie, men who cheat, men who won’t commit, etc. This blog doesn’t change the fact that these men are still out there.

I didn’t tell her she blew it with Gary; I did remind her that the Garys of the world — cute, smart, thoughtful, patient, relationship-oriented — were the type of men she should consider whenever they come along.

I told her that everyone goes through online dry spells and that a new guy will emerge in a matter of weeks. Promise.

Two weeks later, Karin revealed that she and Gary were “hanging out as friends” when he suddenly kissed her.

And after further reflection, she would give Gary — and their relationship – another shot.

Sure, it was a happy ending — another client who achieved her goal and got her money’s worth — but I didn’t have a warm and fuzzy feeling about it. Why?

Because Karin was still the same person she was before — neurotic, critical, unrealistic, and bound to dissect Gary and dump him in favor of a fantasy man who would never commit to her.

So imagine my surprise last week when I received this email from Karin:

I can’t believe it’s taken me so long to tell you this, but… I’m married! To Gary – the man about whom you were coaching me when we parted. We had an amazingly beautiful and intimate wedding with 50 guests. We honeymooned in Tahiti.

Needless to say, this is a dream come true for me. I am so happy, because I feel safe and secure with a man who is devoted to me. He is everything I was looking for – although it took you to make me realize that. Of all the thank-you notes I have written (and have yet still to write …), yours is the most important to me – because there is no way I would be a happily married woman today without you.

Gary is everything I need, and more – but I still couldn’t fully accept that when you and I finished off in February. At that time, I still couldn’t help looking for perfection, magnifying shortcomings, and not accepting what was most important: unwavering interest in me as a person, following through on commitments, and truly wanting the same things I wanted in a relationship. I still wasn’t appreciating Gary’s amazingly hot body, razor-sharp intellect, and unique life experiences he had created for himself. Or that he made me breakfast in bed, put up with my neuroses, and just wanted to be with me. All I saw was that he didn’t create a Fortune 500 company, drive a Tesla, or lunch regularly with Gavin Newsom. Yes, I am ashamed.

There is no way I would have gotten to that point without you, Evan. No chance I have found Gary and let him into my heart if it hadn’t been for you. You were instrumental every step of the way: from that incredible online profile, to actually getting me to put it online (an entirely separate step, as you well know), to coaching me through all those first dates, to helping me realize why Gary was the kind of guy I should be with … I can’t thank you enough.

I continue to read your weekly post, and I couldn’t agree more with everything you say (yes, pretty much everything). For any woman who wants a real and meaningful relationship but continues coming up short, you are the man for the job to figure out where the stumbling blocks lie and implement a personalized plan to overcome them. Or via the ebook – I bet it is just as helpful for those who want a more economical approach to coaching (although you were worth every penny 🙂 I plan on reading it once the dust settles on setting up a new household (and those thank-you notes are written …) because it will not only speak to my fascination with human relationships but also keep me abreast of how you communicate your wisdom. Regardless of how women want to go about finding the relationship they want and need, you are the one to help them find it.

You sure did it for me. I have a mature, supportive, satisfying, committed relationship (it’s even a marriage!), and I am so happy. Thank you so much for everything!!

You know what I did when I got this email?

I ran into the kitchen to find my wife.

Tears were brimming out of my eyes.

I couldn’t believe that Karin found true love — much less gave me credit for it.

I know that it can be interpreted as egocentric or self-aggrandizing.

But you know what?

I spend a lot of time writing about sad things: men who lie, men who cheat, men who won’t commit, etc.

This blog doesn’t change the fact that these men are still out there.

Still, I think Karin’s email is a useful reminder that you MUST have hope.

Karin didn’t think she had to accept anything less than a perfect man because she’d held out for so long.

If you’ve been sitting on the sidelines, wondering why love isn’t finding you, ask yourself if you’re willing to do what Karin did: look within, challenge yourself, and open up to a whole new way of thinking.

Who knows? You could be next.